When every note has to be right. 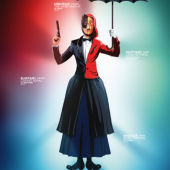 BONJOUR Inc asked me to score the new pub for the renown French brand ‘Ciné-Télé Revue’ with it’s main objective: to positively surprise the target audience of Ciné-Télé-Revue and to target new readers, especially young people. It’s based on its main strength: quality editorial content, in line with new TV trends. a Special thank you to the BONJOUR Inc Team, Temple of Tune (Fredo Gevaert) for the collaboration, Director Nicolas Torres for the inspiring collaboration, and colleague Eloi Ragot for the opportunity. 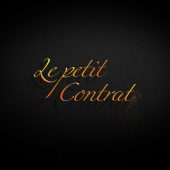 It was an absolute joy collaborating with director and friend Hristo Todorov for the very first time. His short tells a modern tale of love and enchantment. Listen to the Suite from this upcoming romantic French short ‘Le Petit Contrat’ on Soundcloud
#LGBT+ #paris #short #composer

Once again Brandy and I have teamed up to find a fitting theme for our client. This time around Belgian’s biggest newspaper ‘Het Laatste Nieuws’ requested a recognizable tune that highlights a different way of bringing the news, with a bigger heart for what is happening around us. The result can be heard on tv, radio & social media. 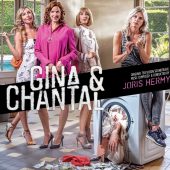 Beyond excited with the release of my music for this VTM-series through the soundtrack-label MovieScore Media. The official press-release stated:

The 10-part Belgian television series Gina en Chantal, starring Tine Embrechts and Nathalie Meskens, receives a strikingly elegant score by Joris Hermy, who recorded the show’s theme music at the prestigious Abbey Road Studios in London. Written by Gerrie Van Rompaey and directed by Thomas De Cock, the series is a tragicomedy inspired by the recent resurgence of “real housewives” types shows where wealth and power are a mere facade for human drama. As rich but naive Gina and her cleaning lady Chantal get dragged into a mystery that captivates an entire villa neighborhood, the unwilling accomplices learn that partnerships can start in the most unlikeliest of places.

“Thomas De Cock knew from the outset that music would play a crucial role,” recalls Joris Harmy about the project. “My job as a composer wasn’t just to write fitting music, but also to try to add a psychological layer that would make the story even more intriguing. The challenge was accepted and I went off to compose my first demos. Little did I know, that I would embark on a writing trip that would span almost three years. Thomas turned out to be a great collaborator and became a friend. His trust and freedom to explore have been extraordinary. It pushed me out of my comfort zone more than once and I believe that’s why it has elevated the music to be more than just functional. The opportunity to record and conduct the opening titles and closing credits at Abbey Road was an unexpected bonus and was indeed a dream come true for me.”

Belgian composer Joris Hermy has worked for diverse popular television networks like VTM(Kzoom), VIER & RTL Telekids and a loyal base of respectable international clients like Stan Lee’s World of Heroes, Studio 100, Klomp! Animation, Audiocult, Brandy & Twice Entertainment to name a few. In recent years he scored multiple shorts, most notably the a Sundance audience-awarded short Avalon or the popular Marvel-based web series Bad Days, created by the legendary Stan Lee. Joris’ music for the YA mystery series Kattenoog is available from Kronos Records. 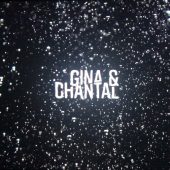 It has been a privilege to write the music for this new dramady series produced by Sylvester Productions. Director Thomas De Cock turned out to be a great collaborator in the creation of this score. Challenging me episode after episode to write at my very best. The series is available through VTMGO and will air on VTM later. a Big thank you to everyone involved. a Special thank you to the wonderful musicians, and to Wim Coryn for the music supervision and support.